This is how French composer Benoît Menut likes to define his work. He is passionate about the close link between music and words, the latter being a permanent source of inspiration, both in his vocal and instrumental music. The simple rhythm of a verse, a word or a turn of phrase can be at the origin of a creative idea.

Winner of the SACEM Award 2016 for symphonic music (young composer category) and Laureate of the foundations Banque Populaire (2008) and Francis and Mica Salabert (2014), he composes in 2018 for the Opera of St. Etienne Fando et Lis, after F. Arrabal’s piece, and won for this first Opera the SACD New Talent Award 2019 and The Charles Oulmont Prize 2019. He has been pursuing a theatrical trajectory even more pronounced, both for the young public (Stella and the Wish Master, opéra for the Philharmonie de Paris (2020), Symphonie pour une plume in 2016, for The Brittany Symphonic Orchestra, taken over by the National Orchestra of Île- de-France) that for all audiences (The legend of Saint Julien, after G. Flaubert, The little boy who wanted space, J. Giono).

This attraction is also materialized by collaborations with renowned vocal ensembles, such as Musicatreize, The Children Choirs of French National Radio and N-D of Paris, Les Cris de Paris, Les Discours... He was premiered by many renowned soloists : David Kadouch, Ophélie Gaillard, Jean Ferrandis, Patrick Langot, Stéphanie Moraly, Christophe Beau, Philippe Muller, Lise Berthaud, Clément Saunier, Maya Villanueva, Françoise Kubler, , the Stanislas Quartet, Tana Quartet, the Ensemble Calioppée, Ensemble Hélios, the Karénine Trio… In the orchestral domain, he writes amongst others for the Orchestra of the Pays de Savoie, the Paris Conservatory Orchestra and was in residence for the Brittany Symphonic Orchestra from 2014 àto2018. he was also in residence at the abbey of La Prée from 2007 to 2009.

Beside, he's been writing biographies of comosers such as Guy Ropartz, Olivier Greif, and also methods of music teaching. He is regularly requested by festivals or training organizations to present concerts or animate conferences.

Comprising more than 120 opus, his catalog embraces many forms of musical expression, and makes him one of the most prominent French composers of his generation. Chamber music writing - especially for string instruments - has a special place his work. Born at the western tip of Western Europe, this former student of the Paris Conservatoire was awakened to the tradition by French composer Olivier Greif and continues today his singular path, with among others works inspired by the writers Christian Bobin and Pascal Quignard. He is careful to marry the requirement for lyrical and structured writing and a sincere desire to stay close to the audience and the performers, as a sort of "director" of emotions.

His music is published by Éditions Musicales Artchipel. 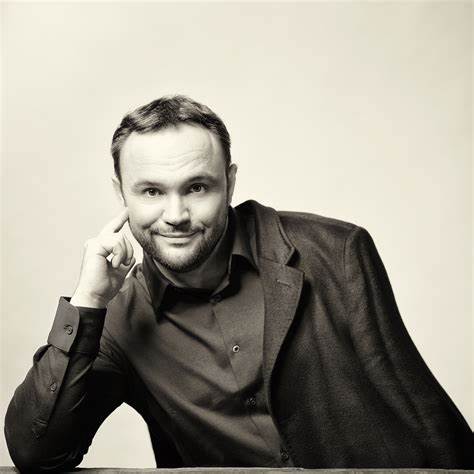